Note: All of Alan AtKisson’s speaking engagements are now done on behalf of the government agency he represents, the Swedish International Development Cooperation Agency — Sida. If you would like Alan to come and speak at an official event, please direct your inquiry to his office at Sida. This page is otherwise an archive that reflects some of his earlier work. 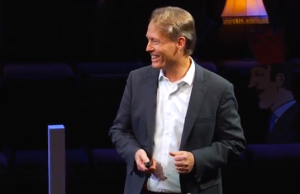 Alan has been a keynote speaker for hundreds of conferences and events, around the world. His material is always fresh, and he aims to set a tone that is both inspirational and intellectually engaging.

Alan is also a very experienced facilitator and conference moderator who has organized and/or moderated dozens of conferences, high-level panels, meetings and seminars. 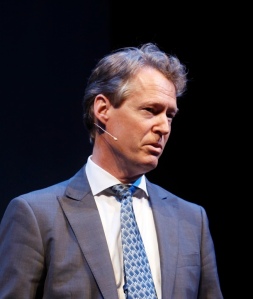 “Your messaging was perfectly aligned with our conference, and delivered with such energy and voice! You really captured and motivated the audience …” — UN conference organizer

Alan is known for sometimes surprising the audience with an original song that connects to the topic of his speech. (He has had a parallel career as a professional singer and songwriter since 1979.) For a sample of how he makes music work in the context of a speech, check out the end of his TEDx talk on “How to be a more effective agent of change.”

For a recent example of Alan’s speaking style, see his 30-minute closing keynote at the end of Norway’s annual conference on design, “Transform,” in  April 2016.