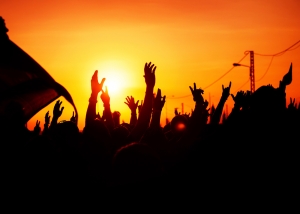 An opinion article in one of the world’s leading science journals, Nature, argues that there is a growing a tendency among some science researchers to question whether democracy is well-suited to achieving sustainable development — and warns that such thinking is very misguided.

Sociologist Nico Stehr, who directs the European Center for Sustainability Research, focuses attention on climate change and the perceived “inconvenience” of having to work through democratically elected politicians to get climate-related policies enacted. “Academics increasingly point to democracy as a reason for failure,” writes Stehr, before offering numerous examples. Often the quotes are from world-famous and highly-placed scientists. He also describes the reasons they give: short-term thinking, presumed scientific illiteracy, and basic human psychology, among others.

He warns that such thinking leads toward fuzzy images of technocratic governance, and that these have already been discredited by history. “Nations that have followed the path of ‘authoritarian modernization’,” notes Stehr, citing examples, “cannot claim to have a record of environmental accomplishments.” The leaning of some towards technocratic governance also reflects an overly optimistic assessment of centralized social and economic planning.

Stehr brings counter-examples to the table in favor of democracy as the only viable system of governance for tackling large, complex, environmental problems — the ozone hole and Montreal Protocol being the most obvious. “Democracies learn from mistakes,” he concludes, while “autocracies lack flexibility.” He concedes that “humanity’s capacity to plan ahead is limited,” but argues that democratic governance processes are better able to cope with the messy and complicated interactions of physical, social, and economic processes.

Stehr rounds off his review with a ringing defense of democratic governance:

“There is but one political system that is able to rationally and legitimately cope with the divergent political interests affected by climate change and that is democracy. Only a democratic system can sensitively attend to the conflicts within and among nations and communities, decide between different policies, and generally advance the aspirations of different segments of the population. The ultimate and urgent challenge is that of enhancing democracy, for example by reducing social inequality.”

To do otherwise, e.g. let authoritarian powers decide, or blindly follow the instructions of scientists, is “dangerous,” says Stehr.